The NBA deadline is one of the most important turning points of the season. This allows the teams to completely rebuild their line-up if they want to. The Boston Celtics has not hesitated for years to make agreements within the set deadlines. Some of these measures have been very beneficial to the team, others have not.

The last Celtic transaction relating to the transaction flow is not significant. Boston has reached an agreement with the Atlanta Hawks to send the former Jabari bird to ATL for a conditional second round in 2020, with financial considerations.

Probably the best deal for the Celtics, at least in recent memory, the team sent shooter Marcus Thornton and the first round of 2016 to the Phoenix Suns. In exchange, the Celts received the future star Isaiah Thomas.

On the same day Celtics bought strikers Jonas Erebko and Gigi Datom from the Detroit plunger and Winged Prince Taishown returned to the team, where he had had great success early in his career.

In the first of the three agreements, the Celts sent the role players and financial considerations of Marquis Daniels to the Kings for a second selection round in 2017.

In a second case, one of the most famous in the history of the franchise system, General Manager Danny Ainge decided to send starting center Kenrick Perkins and game maker Nate Robinson for Jeff Green, Nenad Christ, financial considerations and selection of the first round 2012 in Oklahoma City Thunder.

Finally, Boston sent the Semih Erden and Luke Harangody models to the Cleveland Cavalry for the second round in 2013.

In 2014, the New York Knicks, who needed an extra goal from the bench, sent diminutive forward Marcus Landry and playmaker Nate Robinson to Boston for J.R. J.R. Giddens, Eddie House, Henry Walker and the second round in Sacramento.

While Landry will only play one game for Boston, Robinson will be a key figure in the battle for the 2010 Celtics title, even though he didn’t stay long in Beantown.

Patrick O’Briant, the Scarselli Center, was sent to the Toronto Raptors in a second round in 2014.

The Celts traded veteran Sam Cassell for the Sacramento Kings for a second round in 2015.

Boston made a few deals during the 2005 deadline. First of all, in 2007 the Celts exchanged the first round pick-up of the Cleveland Cavaliers for the small Czech striker Jiří Velsch.

Then the Celtics bought the future All-Star Antoine Walker for a package with Gary Payton, Tom Gullotte, Michael Stewart and a first selection in 2006.

Interestingly, the first selection round in 2006 became a legend in the Celtic district of Rondo thanks to the many diplomas obtained.

The Celtics were part of a three-man deal in 2004 involving the Atlanta Hawks and the Detroit Pistons. In this transaction, Boston acquired Chucky Atkins’ guards, Lindsay Hunter, a 2004 pickup truck and $3 million in cash, sent Mike James to the Pistons and transferred Chris Mills to Atlanta.

After spending less than a full season in Boston, the Celtics sent a replacement, Shammond Williams, to the Denver Nugget, who won a second round in 2003 and got silver for veteran Mark Bryant and former Celtics center Mark Blount.

The Celts sold the Cleveland Knights to Vitaly Potapenko (whose best-known is Draft Peak, just outside Kobe Bryant). In return the Celtics sent the Cavaliers a 1.80m Andrew DeClercq centre and a first round pickup from 1999.

The Celts bought the big men Joe Klein and Ed Pinckney from the kings of Sacramento, gave power to the attacker Brad Lohauz and started shooting the guard Danny Angel.

Boston traded veteran Jerry Direction for the Portland Trailblazers in exchange for another veteran guard with Jim Paxson. At the beginning of his career, Paxson was All-Star in the Blazers twice, but by the time he arrived in Boston, his career was already in agony.

McAdoo played pretty well in Boston, but the Hall of Fame center lasted only 20 games in Beantown before being traded to the Detroit Pistons seven months later.

According to RealGM, the Celtics didn’t have another agreement until 1979, when they traded the Indiana Pacers for a rifle guard and former Celtic Kevin Stacom.

The first deal I could find for the Celtics as the deadline approached was the purchase of Cleggie Hermesen’s center from the Tri-Cities Blackhawks. Hermesen would play 27 games in Boston, with an average of 5.6 points per game. 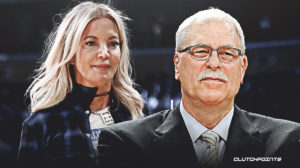 Watch: Michelle and Barack Obama have read the children’s book ‘The...